LG: it’s all about a good life

A logo is an artistic impression of a brands identity. If a logo is effectual, it penetrates into the sub conscious mind of the brands admirers. Last weekend, I met an admirer of the brand ‘LG’. His new home had this one eyed man winking at me from every corner. Yes, LED TV to air conditioner, vacuum cleaner to washing machine, microwave oven to mobile phone, each had had the brand ‘LG’ on them. I then wondered what makes such a prodigious brand being admired so excessively by its loyal customers.

LG is a consumer electronics brand, well-known across all the continents. The brand, born in South Korea during mid of 19th century has a story of the big leap in the most competitive global stage of electronics goods, home appliances and mobile handsets through little more than half a century.

Beginning of the LG era 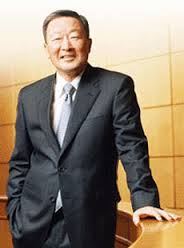 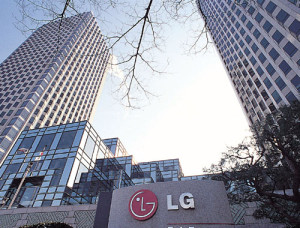 It dates back around half a century ago. In 1947, Koo In-Hwoi started Lak-Hui Chemical Industrial Corp.(Currently named as LG Chem.), which became Korea’s first company to start-up in the plastic industry. Its brand ‘Lucky’ was popular in Korea for soaps, detergents and such hygiene products. ‘Lak-Hui’ in Korean is pronounced as ‘Lucky’.

Lak-Hui established a new company named as GoldStar Co. Ltd. in 1958 to deal in electronic goods. GoldStar, produced radio for the first time in Korea, and added various electronic products viz., video cassette recorders, audio cassettes, microwave ovens, elevators and even tractors over the period of time. And, GoldStar was the the first brand started manufacturing black and white television in Korea, during the year, 1966.

In order to unify the strength, Lucky and GoldStar merged and formed the Lucky GoldStar Corporation. A name change occurred when they took over the American electronics company, Zenith Electronics LLC in 1995. That was a strategic step by the company to begin its operations beyond the borders of Korea. To compete better in the western market, the Lucky-GoldStar Corporation changed its brand-name to ‘LG’. “LG”, the name, was derived as a short-form of the earlier title of the company “Lucky GoldStar”. Also, the alphabets L and G are beautifully associated with the tagline “Life’s Good”.

LG head on for a big bang..

The acquisition of Zenith took LG a long way to stay ahead in competition to become a global corporation. LG discovered that, there was huge market worldwide for high quality electronics at affordable cost and thus the business was planned to expand. The entire idea here was to dominate the low end of the market with good products at competitive prices and gradually improve the product technology and pricing. During the process, they developed positive reputation for producing good products. Thus, LG strategizes on investing in research and development, to become the best in business. As the result, LG has became a leading brand today widely diversified into electronics, chemicals, telecom products, etc. LG holds some of the subsidiaries like Zenith, LG Display, LG Electronics, LG Chem and its business wings are spread in around 80 countries through a group of 40 plus companies under the brand’s umbrella. 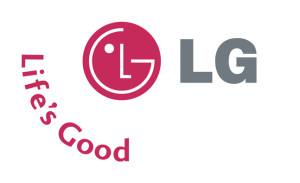 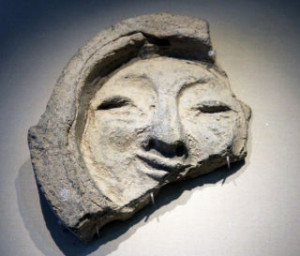 This original logo of LG was launched in 1997. Few believe that the logo of LG is inspired from the ancient Korean roof tiles. The logo having the letters ‘L’ and ‘G’ surrounded with a circle creates a human face emphasizes the importance of humanity. The human face symbolizes the brand’s strong connectivity and commitment with it’s consumers. The design of the logo remain unchanged as the visual identity of the brand.

As a whole design, the logo represents the world, humanity and technology having a youthful identity with an eye for future. The circle shape of the logo symbolizes the globe as its market-place and the wholesome look of the smiling human face depicts the friendliness and service the brand shares with its customers. The expression of ‘one eye’ portrays single focus and and the blank space on the right side forehead indicates intellect, versatility and adaptability, the brand characterizes. The red color of the logo stands for the strong commitment and the gray indicates research and technology. The font used for the alphabets “LG” in the logo was Helvetica Black. The slogan “Life’s Good” was written in Charlotte Sans Bold font.

2014: Always with an unchanged human face 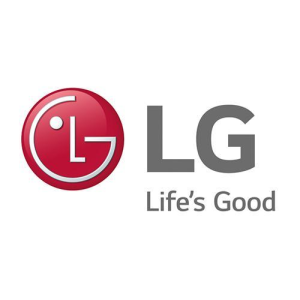 Though the logo of LG underwent a change in 2014, the design element of ‘face’ is unchangeable which expresses clearly the brands strong connectivity with humanity. The font used for “LG” is now changed to Charlotte Sans Bold, same as the one used for mentioning its meaning “Life’s Good”. The expansion of the abbreviated brand-name ‘LG’, “Life’s Good” is classically placed just below the brand-name, giving a complete meaning to the presentation.

The logo is a soothing visual expression for a satisfied customer. The fundamental visual expression of the logo is the quality and sophistication with which its products are hallmarked. The logo is quite obviously simple, modern yet distinctive. The logo stands out for the company’s reputation for excellence. Thus, LG has essentially made a consistent logo which stays strong beyond decades. 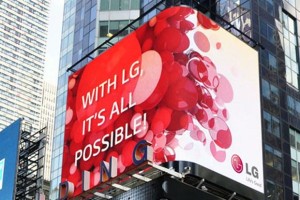 Any variation to the unique LG logo literally means diminishing of the visual identity of its products. LG is dedicated to deliver differentiated values and experiences and owns a brand strategy which revolves around the theme, “It’s All Possible”. This branding strategy is an acknowledgement of the changes in technology as well the changing consumer behavior. The brand is conveying LGs consumer focused approach to empower, inspire and make their consumers happy.

For a design analyst, the LG logo is a highly innovative brand presentation, which timelessly stay young.

On top of all, the smiling human face of LG makes millions of humans smile all around the world with the pride in owning an object of excellence, that gives the furthermost meaning to the brand.