Being a woman is being precious, if her sensitivity, sensibility, etiquette and expressions make her presence a special acquaintance in any place she belongs to. Tribute to such womanhood of true substance.

What do you remember when you hear “Barbie doll”? Your cute little pink room, the comb you used to do her hair, the dresses you stitched for the doll or your brother who broke it into pieces! Above all, your running-jumping childhood? With the innocent memories and experiences, you would have grown up playing with the Barbie doll. Didn’t you?

As a child, your innocent mind might have not tried to throw some light on how the doll is born and who the dearest Barbie is made by . But now it’s time we decode how the brand Barbie has impressed the youngest as well the eldest! Let’s know more about how a doll could become a global brand and an inspiration for many young girls.

The birth of an idea- Barbie doll 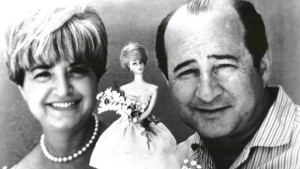 Little girls like to play pretend games. They enjoy emoting their mother or sisters or teenage friends who they believe to be fashion icons or career-women. This was the same pretend game that inspired Ruth Handler and the world was introduced to Barbie. The story of Barbie doll began when Ruth and Elliot fell in love and got married in 1938. Their union became the foundation for a global, iconic toy company!

Here is a quick intro of the parents of Barbie!

Born in 1916 to a Jewish family in Chicago, Elliot Handler pursued the studies of industrial design at the Art Center Collage of Designs, California. During his young age, he used to design consumer items from a new plastic material ‘Lucite’ which was getting popularized on those days. He became fascinated with the idea of creating different designs from the new material. Soon, he began creating lamps, picture frames, candelabrum etc. from Lucite.

Ruth Mosko, the woman who made the big difference

Ruth Marianna Mosko got married to Elliot Handle in 1938 and Elliot started making furniture for their home with Lucite. Ruth Mosco was stunned with the quality of the items designed by Elliot. Ruth was inspired that she could sell her husband’s creation for a good price. Elliot recognized her idea, and they took up an equipment worth $200 on credit and started the production of Elliot’s creations in their garage. Their first creations were unique and contemporary. Elliot even got into the designing of extreme-looking designer jewelry pieces. It was in the year 1941, Ruth gave birth to their daughter. Years later, ‘Barbie’ got its name from Ruth Handler’s daughter, who was named as ‘Barbara’.

1945: Setting up an industry for toys 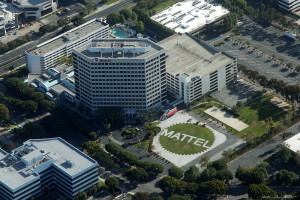 After many successful ventures, Eliot partnered with a business man named Harold Matson in 1946 and commenced their new venture as ‘Mattel Creations’.  The name ‘Mattel’ was arrived as a derived word from their own names; by combining ‘Matt’ the nick-name of ‘Matson’  and ‘el’ of  Elliot, created the new firm’s name, “Mattel”. The firm developed picture-frames and then created doll-house furniture from the scraps produced while making the picture frames. The doll furniture got fair demand from the toy shops. This was the point when the Handlers decided to focus more on toys. During 1947, Harold Matson sold his share of the company to Eliot and Ruth due to his ill health. ‘Uke-A-Doodle’, the toy produced during 1947, became the first hit in the market. Presently the firm, Mattel Inc. is headquartered at El Segundo, California. 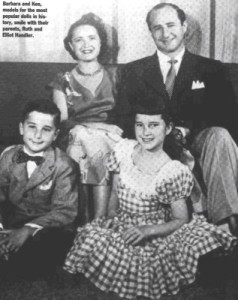 For Ruth, her family was the learning ground for business. Her own children’s interest in dolls, as a consumer, made her realize the empty space remaining in the market-place to absorb a product like ‘Barbie’.

In Ruth Handler’s words, “My whole philosophy of Barbie was that through the doll, the little girl could be anything she wanted to be. Barbie always represented the fact that a woman has choices.”  She also noticed there was a void in the market-place for dolls as a product and she could tap the potential of creating a three-dimensional fashion doll. 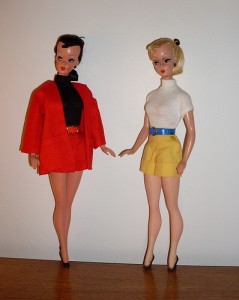 Ruth had been observing that her daughter Barbara play pretend games with her friends. The young girls pretended to be college students or adults having careers. This game gave Ruth a thought on creating dolls that can imbue imagination and become an important part of growing up a girl child.

During a vacation in Switzerland in 1955, Ruth came across a blond ponytail doll with a cartoon look. The doll she spotted was the called ‘Bild Lilli’, a German make, which had many accessories to bought along with. Ruth Handler had bought three ‘Bild Lilli’ dolls to U.S. Primitively, ‘Lilli’ was a cartoon character created by  Reinhard Beuthien, a  German cartoonist, during 1952 for a German newspaper ‘Bild-Zeitung’. Three years ahead in 1955, Reinhard produced a doll of this character and was introduced in Germany.

The design effects of ‘Bild Lilli’ became the inspiration to the designers at Mattel Creations to develop a unique design of theirs; ‘Barbie’, which is meant for junior school children to inspire and play as youth. Ruth had foreseen the prospect of such fashion dolls and an endless line of fashion accessories and styles of dresses which they could come up with every Barbie doll. 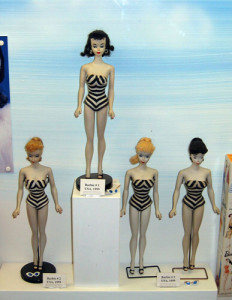 1959 is the year Barbie took birth. After trying out many designs, Mattel came up with it’s first shape of Barbie. The first Barbie toy was of a teenage fashion model who was introduced at American Toy Fair in New York City on 9th March 1959. The first Barbie doll wore black and white strips designed dress and it was priced $ 3. It was given an identity as a ‘teenage fashion model’. The costume for the first Barbie doll was designed by Mattel fashion designer, Charlotte Johnson. Soon, Barbie dolls became a sensation not only with young girls, but also with adults. The company soon introduced various accessories for Barbie, also many other dolls as a part of the Barbie doll family and friends.

< the first Barbie doll in the role of a ‘fashion model’

Mattel Inc. has been selling Barbie dolls all over the world since for over 5 decades. The logo on Barbie dolls has become one of the most recognized brand presentations among children. Though the logo has undergone many twists and turns over decades, the signature style and light- hearted pink color stayed along ever. 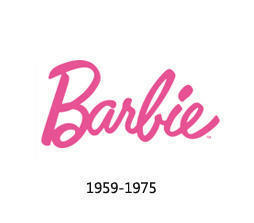 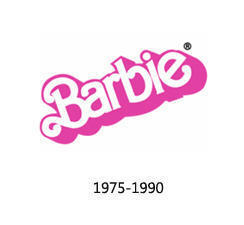 During the beginning of 1990, the logo underwent a total makeover and remained constant from 1975 until 1990. The logo was slightly tilted upward towards the right and written in a bold font with shadow effect. 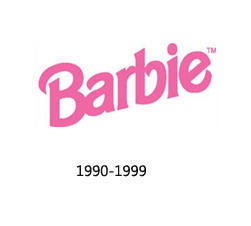 For another 9 years after 1990 until 1999, a new logo of Barbie, with a different design but in lines with the earlier design was used by the brand. This design too was tilted upward towards the right. 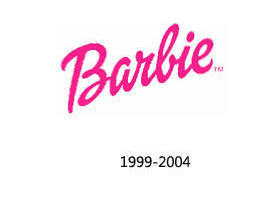 From 1999 to 2004, the Barbie had been presented in a running font in the same diagonal pitch, but gone back to the first design element of  hand-writing-kind-of-flow with a ply-full posture, apt for a product as doll. 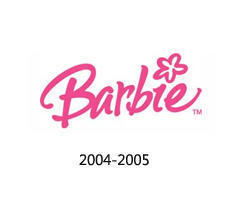 The year 2004-2005 saw a new logo for the brand, which was not tilted upwards as earlier ones and with a hand-written style and a flower in place of the dot over ‘i’,  the mood is so apt for a Barbie doll. 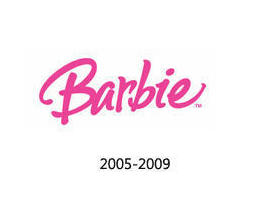 Within a year, the logo underwent a little change. It consists of the art-work as same as the preceding one, but the flower at the forehead is taken away. 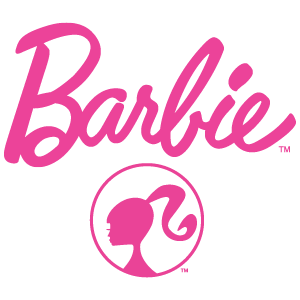 Celebrating its 50th birthday, Barbie came back to its original logo of 1959. Also the brand had introduced with a rounded motif of Barbie with a ponytail. The logo of the Barbie face is just enough to showcase the brand. This present version is simple with a hand written styled italic typeface.

The evolution of Barbie 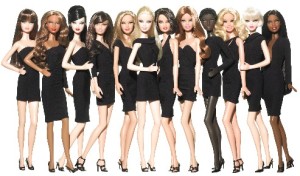 The ‘Barbie’ doll had bountiful of transformations to many young girls with variant professions. The dolls have always maintained an elegant, good-natured and cheerful look and feel. The color pink remains constant to the brand-name as it adds to the soft, gentle, young, optimistic and feminine touch of the doll.

Standing beyond the times, the doll remains to represent the career oriented woman with variant careers from the divergent layers of the society. Through decades, Barbie had shown up women in different 150+ professions from 40 nationalities;  from pilot to police officer, army officer to aerobics instructor, architect to astronaut, lawyer to business woman, princes to president of US… the versatile roles go on.

Barbie being the wold’s leading toy-brand, it has proved that, in business even toys are not just for a child’s play.