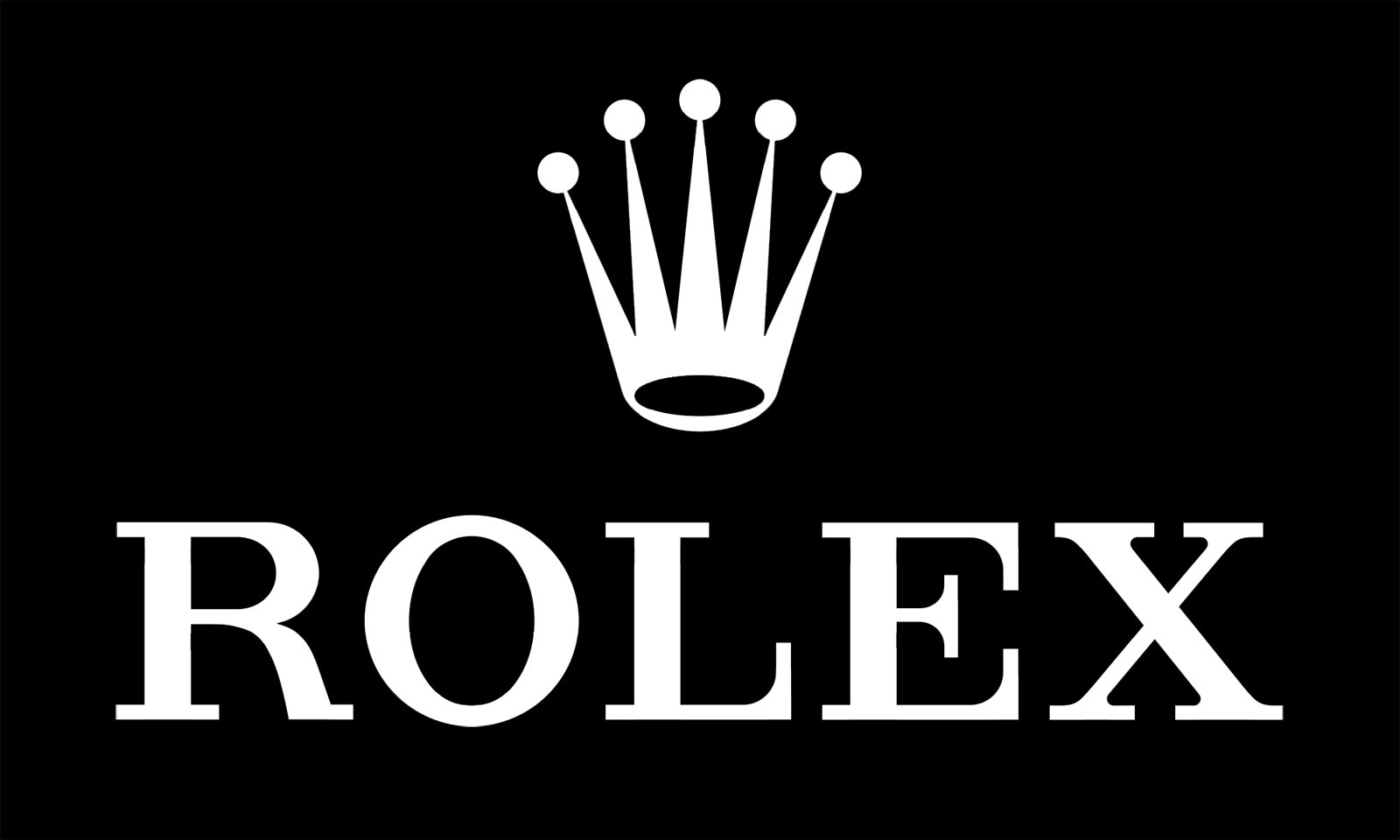 Of course there are people on all parts of earth, whose only ambition is to own a Rolex watch! And they are totally proud about it because they have digested the legendary brand story of Rolex. Rolex is considered by many as a sign of prestige and affluence. Over a hundred years, Rolex has remained the brand owned by the known and famous. The original idea of the makers of Rolex was to make their watches a sign of achievement. They have succeeded quite well as history speaks for itself. While I stared many a times at the royal ‘Crown’ of Rolex, just like anyone else, the question came to my mind was ‘What does the crown stand for’? Let’s flip through the pages of history and know more about the story surrounding the royal crown of Rolex.

The founders found the way… 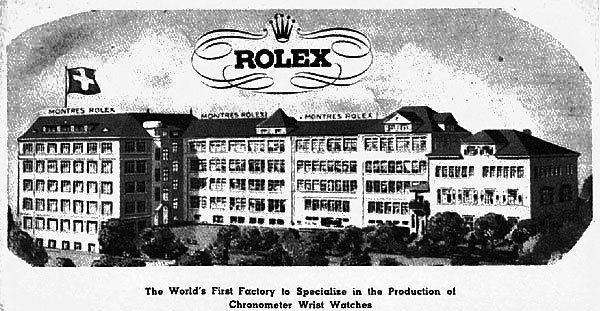 Way back in the early 1900s, a young man of 24 partnered with his brother-in-law to start a watch company. This young lad, Hans Wilsdorf, originally from Germany, and his brother-in-law Alfred James Davis were the founders of Rolex, the legendary Swiss Watch brand. The company was originally started in London and specialized in distribution of timepieces. This was the time when pocket watches were mostly in use and wrist watches were not considered as reliable to work efficiently. Hence wrist watches were not popular. Wilsdorf had a vision of selling watches that could be worn on the wrist. However, Hans Wilsdorf believed that, such a wrist watch that are not only elegant but reliable can be made. He worked on to develop wrist watches that were durable and could withstand the wear and tear after being worn. He designed wrist watches with masculine touch as wrist watches were considered feminine at that time.

He started selling wrist watches that had small, very precise movements. They were manufactured by Hermann Aegler’s, a Swiss watchmaking company in Bienne. He offered these watches in quality watch cases. These exquisite watches were majorly sold to jewelers, who put their own names on the dials. Some of the earliest watches were with the brand “Wilsdorf and Davis” and had “W&D” hallmarked on the case-back. 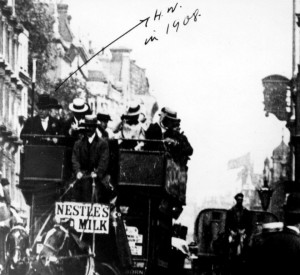 Wilsdorf opened an office in La Chaux-de-Fonds, Switzerland. The partners thought it was time to give a name to their company; their Brand. The prevailing name “Wilsdorf and Davis” was immediately shot down by the partners themselves. Wilsdorf had an idea that the name should be easy to pronounce in any language and could be recalled easily. He also wanted the brand name to look good when embossed on the watch dial. Wilsdorf had tried to use many combinations of alphabets to come up with an apt name. Many within the time-makers-community say an interesting tale on the origin of the name “Rolex”. It says that, one fine morning while riding the upper-deck of horse-drawn omnibus in London, a genie whispered the word “Rolex” in the ear of Wilsdorf! Others say that Wilsdorf made up the name from the French phrase “horlogerie exquise” which means ‘exquisite clockwork’. While others say the five pointers of the crown represent five fingers.

Hans Wilsdorf first registered the trademark “Rolex” in Switzerland on 2nd July, 1908. And, in 1910, Rolex received the Swiss Certificate of Chronometric Precision, received for the first wristwatch in the world, granted by the Official Watch Rating Centre in Bienne.

On 15th November 1915, ‘Rolex Watch Co. Ltd.’ as the company name was registered officially. The word ‘Rolex’ is considered an onomatopoeia. ‘Onomatopoeia’ is the formation of a word from a sound associated with what is named(Example for ‘Onomatopoeia’: the word “sizzle” for the hissing sound while cooking). That means that the word “Rolex” resembles the sound of a watch being wound. The letters of the brand name are all the same size and can be written symmetrically. Thus, it could easily be fitted on the watch dial. 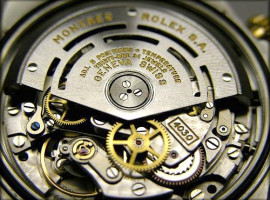 During 1919, the company moved it’s base to Geneva, the city in Switzerland, internationally renowned for watchmaking. The company,  Montres Rolex S.A., was registered in Geneva in 1920 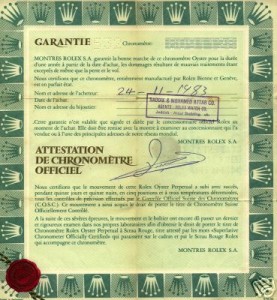 1947… and the mysterious man who received the accord

It was during the year 1947, honoring the brands 100,000th certified watch, the founder Hans Wilsdorf had gifted an identical Rolex watch to a noble gentleman. According to Wilsdorf, he was one of the greatest figures known during that time. Till today, his name has not been revealed.

1956… another crown for scientific excellence 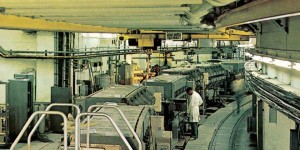 European organization for Nuclear Research, Centre Européen de Recherches Nucléaires (CERN),  had confirmed that Milgauss model of Rolex watch can resist upto 1,000 Gauss magnetic fields. It was noticed by the scientists at CERN who were wearing the Rolex watch at their research center, that the watch has such sophisticated components that enhance protecting the device from magnetic interference.

The diversity in the crowns 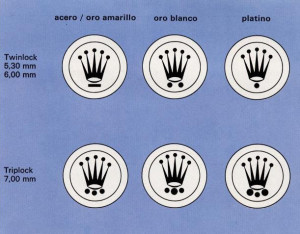 Most of the new versions of the Rolex watches showcase the new version of the Crown. Dear Rolex fans, firstly check the marking below the Crown if you want to learn more about your watch before buying it.  Twinclock or Tripclock crown can be depicted based on the markings under the Crown. You will see a single line or a series of dots. The content of the metal will be explained with such dash and dots. Get back to the chat figure beside. The Spanish to English translations below will help you identify the metals;’Acero’ in Spanish stands for  Steel,’Oro amarillo’ stands for Gold,’Oro blanco’ stands for White Gold, ‘Platino’ for  Platinum and ‘Coronas’ means Crowns.

To every valuable customer who admire the brand ‘Rolex’, the crown appears to be a exquisite piece of artwork.

At the top of the world with the adventurers… 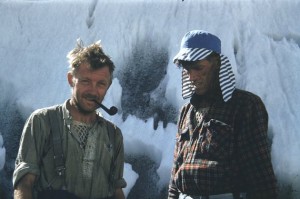 Sir Edmund Hillary and Tenzing Norgay were the first explorers to conquer the Mount Everest, the highest mountain top in the world. While on their adventure, they both were wearing Rolex Oyester Perpetual watches.

The story of the Crown 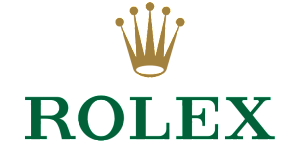 The logo is the face of a company. In order to give their watches an easily recognizable face, the partners came up with the Crown symbol. The Crown logo matches well with their slogan ‘A Crown for Every Achievement’.

The Crown shoots up in the air, indicating prestige and perfectionism that spell victory. This was the basic idea of developing these watches, they were meant for the achievers and their royalty. The Rolex logo is printed in black, white golden and green, which indicated ‘exquisite’ or ‘excellence’ and Rolex represent prosperity, wealth, money and achievement. The font used for the crown and bold green letters are modified Garamond typeface. 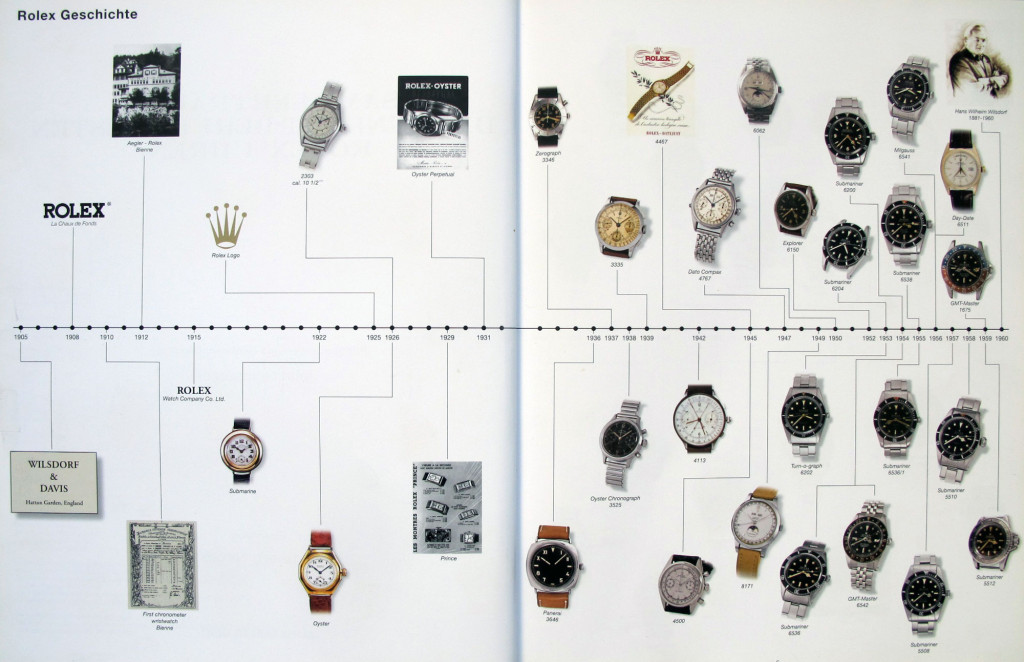 As we discussed, ‘Rolex’, the brand, stands tall to represents wealth, winning and power and as ‘Rolex’ was meant to be a symbol of victory, to be acquired by reaching the top. Rolex still maintains this ideology and remains one of the most sought after brands around the world.

Beyond a century, the king of Watches rules with the crown. We wish our readers to attain the royal Rolex round their wrist.