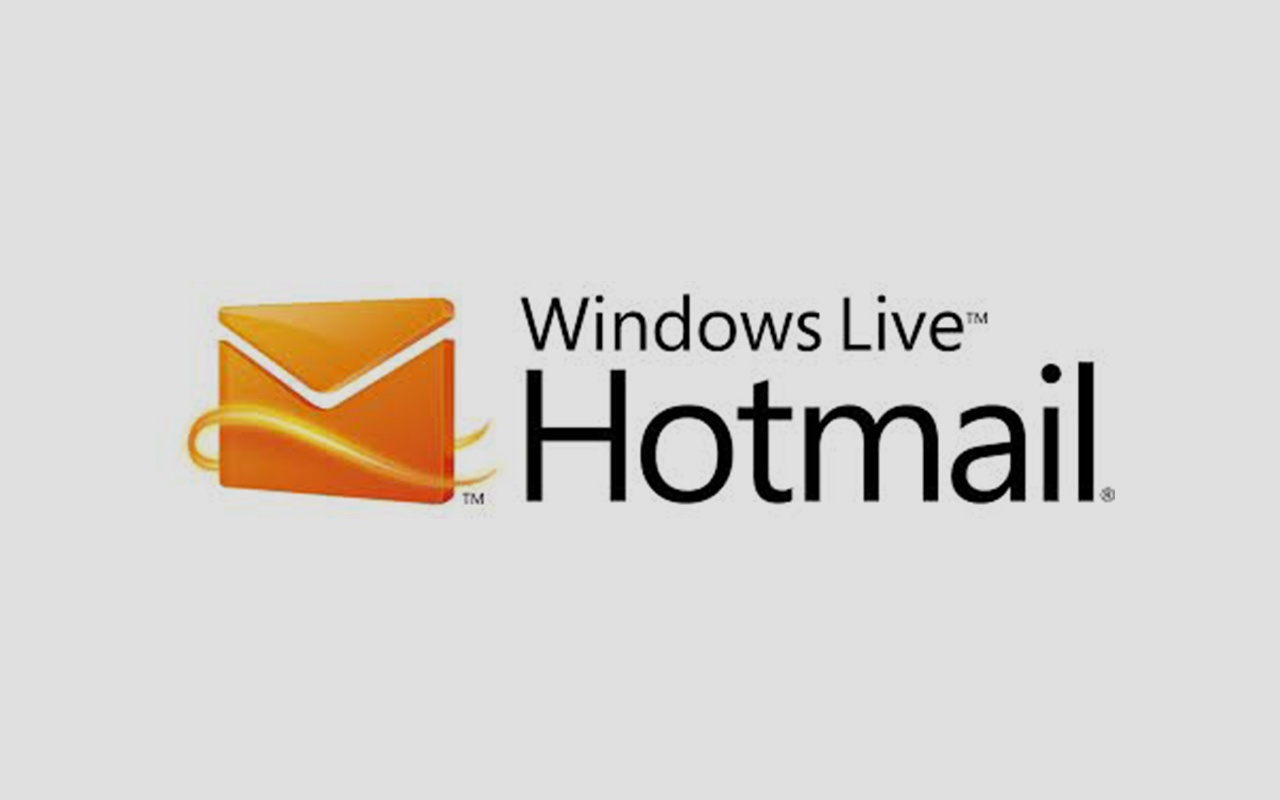 You’ve got HoTMaiL, the HTML!

Hotmail was one of the first webmail services on the internet. The only rival for its services was ‘RocketMail’, that later on transformed as ‘Yahoo! Mail’. Way back in 1996, Hotmail was launched by Sabeer Bhatia and Jack Smith in Mountain View, California. There is quite a tale behind the brand name Hotmail. Let us learn more about the hidden meaning of Hotmail and the logos develped over the years.

On the 4th of July, 1996, the American Independence Day, Sabeer Bhatia and Jack Smith, gave the world a new way to communicate. They called it free email, that could be accessed anywhere, anytime with the help of Internet. Since then they had no looking back and by the end of the year, they accounted over 8.5 million users enjoying their free email services.

They have chosen the name “Hotmail”, not just because it was the hottest thing to own at that point of time, but because the word contained a few important letters in their relation. If you look at the first Hotmail logo closely, the letters H, T, M and L stand out in caps for HTML, that is “Hyper Text Markup Language”. (HTML is most commonly used web language to create online documents such as web pages and email documents). The brand-name ‘Hotmail” was therefore spelt as HoTMaiL. The logo was bright red in color with a shadow in blue. It appeared to give the feel of speed as the email across the world could reach the receiver at the blink of an eye.

Within a span of one and a half years, HoTMaiL caught the eye of Microsoft. They bought HoTMaiL for a cool sum of $400 million. Each of the founders earned $200 million for something that was just over a year old.

Just as in every takeover, the new company makes some changes in the brand design. Microsoft continued to use the name Hotmail, but the logo underwent big changes. The name Hotmail was still running hot among consumers and had excellent recall value. Thus, the new logo had an ‘H’ written on a red stamp-like square with the words Hotmail written under it.

Hotmail soon became a part of the MSN group(Microsoft Network) of services and was renamed as MSN Hotmail. The new logo had the words ‘msn’ written in small letters on a red, oval background and Hotmail in black italic font.

In year 2000, the MSN logo underwent a change. This lead to a change in the Hotmail logo too with the addition of a colorful butterfly to the design. 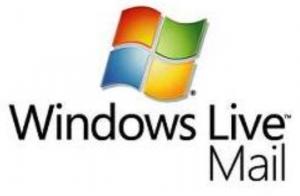 The mail icon of Windows Live Mail had 3 envelopes in blue, orange and green with a yellow curved line indicating mail sent.

The brand identity “Windows Live Mail” confused many a users. Windows Live Mail did not click well with the users, where as Hotmail was an integral part of their life. Microsoft decided to bring back Hotmail into the picture and renamed their service as Windows Live Hotmail. It got integrated with Windows Live and also replaced MSN Hotmail. The logo remained the same, with just the word ‘Hotmail’ replacing the word ‘Mail’.

During the mid-2010, Windows released the Live Wave 4 update. Thus, a new logo design was created with an orange envelope and the words Windows Live Hotmail written next to it on the right side.

Windows re-branded all its services as Microsoft services. This was the closing-call for Windows Live as a brand. And Hotmail has became Microsoft Hotmail.

Microsoft made slight changes to the logo design by deleting the word Microsoft. This logo was used during the transition period when Outlook.com was still in the beta phase.

31st July 2012, Microsoft launched Outlook.com as the successor to Hotmail. Gradually, Hotmail was phased out by May 2013. 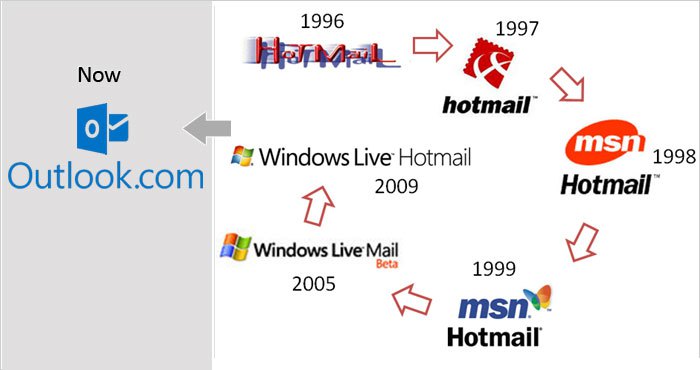 Some interesting facts about Hotmail:

Dear Hotmail, you still remain etched in our memories and many of our oldest email addresses still have “hotmail.com” attached to them. Sabeer Bhatia and Jack Harrods may have never imagined their brainchild to grow so soon and become one of the most recognized brands around the globe with such wide transformations.

For the huge internet folks who use email to communicate today, Hotmail still gives a good reason to smile-  “Happy emailing!”