A puzzle starts with ‘What makes a paper-twins?’ A kiddo passing by cut the sentence and shouted, “Xerox!”. Copying is now super easy with this X! The Xerox!

Xerox is a word that instantly reminds us about the entire process of copying documents. Although ‘Xerox’ is not the name of the photocopying process, yet it is used as a synonym for photocopying. Many dictionaries including The Oxford English Dictionary describes ‘Xerox’ as a verb to describe something photocopied. In facts, ‘Xerox’ is a well-known brand name.

Do you know how and when did ‘Xerox’ as a brand come into existence? What’s more about the history of the brand ‘Xerox’ and it’s logo? Here it goes…

For a moment, one fleeting moment, some time so far, did you not think about Xerox brand that has made the world more easy? We use and talk about Xerox in our everyday lives. Read about the motif for the machine without which the system of documentation in this world would not have survived!

Carlson & Wilson, the two guys behind it.. 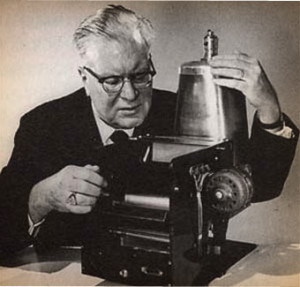 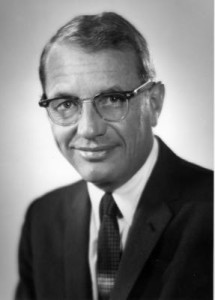 Chester Floyd Carlson was a researcher in Physics and a patent attorney from Washington. Chester Carlson used to work independently to develop a process for printing images using dry ink powder and electrically charged drum. To be exact, Chester Carlson is the inventor of Electro-photography process. The concept and first xerographic image were created by the inventor Chester Carlson.

Chester worked in his New York city lab in the building called Atoria and produced the copy of the handwritten note “10-22-38 Atoria” on 22nd October 1938, which would be the first ever photocopy made on earth.

Joseph C. Wilson is known as the founder of Xerox Corporation of United States. He owned the firm Haloid from his father. Carlson’s invention appeared very promising to Wilson. In 1946, an agreement was generated by Wilson with Carlson to develop the product for commercial purposes. Wilson worked as a CEO of Xerox till 1967 and served as the Chairman till 1971, till his death. 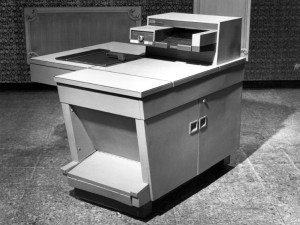 Xerox Corporation is a document management company deals in document services, digital imaging and IT services. It actually manufactures and sells diverse range of black and white and color printers, photocopies, printing presses and services related to digital consulting. The firm was headquartered in Stamford initially and later moved to Norwalk in Connecticut, a US State. For many years and even now, Xerox is persistently ranked in the Fortune 500 companies. Various vital elements in computing like computer mouse, GUI (Graphical User Interface), desktop computing etc. were invented by the researchers at Xerox. These features are still being used by the prodigious firms like Apple, Microsoft..etc. They really owe a big thanks to Xerox Corporation. 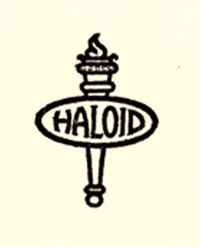 When it all got started was on April 18, 1906. The company was then called as ‘Haloid Photographic Company’. The company manufactured photographic paper and equipment from Rochester, New York. The logo of the firm used to be a burning torch with the company name “HALOID” written on an oval plate across it. The torch was similar to the torch that Statue of Liberty is famous for!

The torch device for Haloid was placed in a black tablet form with the words Haloid written in large under a small torch image. The words “Fine Photographic Products and The Haloid Co. Rochester. N.Y” were placed in the form of a border around the tablet.

In 1946, Joseph C. Wilson, took charge of Haloid from his father, signed a deal to develop the copying equipment as a commercial product. In 1948, at the Optical Society of America Annual Meeting in Detroit, Michigan, Xerography was formally announced. The same year, the company trademarked the word “Xerox” for it’s proposed use in future. The trademark is a derived word from the terminology, “Xerography”. Xerography, also known as electro-photography, is a printing and photocopying technique that works on the basis of electrostatic charges.

As you can see, the logo was changed to a prominent, tablet shaped black and yellow design. The “X” was written in bold yellow and the word “Xerox” running across it in white. The words ‘A Trademark of the Haloid Company’ was written on the bottom of the tablet.

In 1949, the logo design was again modified. The logo designs of 1938 and 1948 were merged and a new logo was created. Now, the bold X in the background was in red color and the word ‘Xerox’ was encased in the black tablet design like in the 1938 logo. The words in the border of the tablet were changed to ‘Product for Xerography, The Haloid Co. Rochester. N.Y.’

The company changed its name from ‘Haloid’ to ‘Haloid Xerox Inc.’ in the year 1958. The artistic presentation of the brand again underwent a change. It was now re-created in the same tablet fashion. The bold ‘X’ and the color black were removed. The logo was now red with the words ‘Haloid Xerox’ printed in bold in a white font. The words in the border remained the same as in the 1949 logo with an underline ‘Trademark’

In the year 1961, the Xerox shares got listed in New York Stock Exchange (NYSE). The times were changing and the company dropped the word ‘Haloed’ from its name and was presented as ‘Xerox Corporation’. This change demanded a new brand design. The veteran brand agency, who introduced the usage ‘ corporate identity’,  Lippincott was roped in to design the original logo for Xerox. The new design was introduced ss the bold, masculine look the brand carried through the years. It was now a simple, thin design, with ‘Xerox’ written in blue and ‘Corporation’ in black just below it.

A branding company ‘Chermayeff & Geismar’ was hired in 1968, to redesign the trademark. The new presentation had narrower font with sharper edges. The blue color changed to red and the word ‘Corporation’ was deleted from the design.

After many decades, the brand was again refreshed in the year 1994. The name ‘Xerox’ was enough to recognize the brand. The rarest alphabet ‘X’ twice used in the brand name is highlighted by designing the new logo with just the letter ‘X’. You will find slight pixilation on the right hand corner of the ‘X’ that was similar to the computer graphics common during that period.

In the same year, the writing ‘The Document Company’ were introduced. This was used as the emblem that was designed by the New York-based branding and graphic design firm ‘Chermayeff & Geismar’.

In 2002, the company came back to 1961 logo with the brand placement getting more prominent in the design. In 2004, the subtle changes were made in the brand presentation with the word ‘Xerox’ appearing larger than before. In the year 2004, the usage ‘The Document Company’ was removed.

In 2007, the corporation again called in Chermayeff & Geismar to redesign the brand. The logo now had an ‘X’ sphere representing the connection between the customers, partners and the industries associated with Xerox. The word Xerox was for the first time written in lower case alongside the ‘X’ in sphere style. Having presented with the simple brand designs, may be the imaging company never required any vibrant images to represent it. The  products of Xerox established the brand as one of the most trusted and well-known brands around the world.

Next time while you take a photocopy, remember the first ever photocopying machine was made by Xerox.