Dell: How it turned the world on its ear?

Haven’t the logo of the brand ‘DELL’ challenged your thought to ask “What the heck is this ‘E’ tilted so?”  Is the twisted ‘E’ started with a drive and vision? Is the tilted ‘E’ that has positioned the Dell different? Did the slanted ‘E’ twisted the world on its ear? Come on, let’s turn our ears to what the ‘E’ has to speak.

Dell Inc. is a global American computer technology company. It is world renowned and carries the name of the founder, Michael Dell, as its brand name. 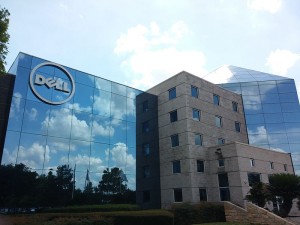 The firm is headquartered at Round Rock in Texas. It was the founders wish to create a logo with the slanted E as it would represent, ‘Turning the world on its ear’, as Michael Dell said. World’s famous and one of the biggest technology company owns 110,000 employees. The firm was initially called ‘PCs Unlimited’ which was later changed to Dell.  The firm started with an initial seed money of $ 1000 which he got from his family.

Dell, all he started from the college dorm room 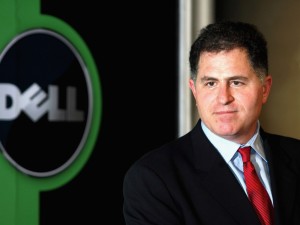 During his school years, Michael Dell’s parents wished him to be a doctor. Hence he started at University of Texas in Austin as a pre-medical student during 1983. But his true love was for computers. While his friends were busy in fun, Dell was busy on his Apple personal computer. During his 1st semester, Dell started buying the outmoded PCs from the local vendors, then upgrading the hardware and selling them from his dorm room to the potential buyers in the campus and around. He was so successful, he went ahead and acquired the vendor license to bid tenders and gain contracts in Texas. Eventually he won many bids without having a computer store. Dell observed it as the right time to move out. His parents were disappointed when he informed them that he want to drop out of the collage to sell computers. He agreed them to go back to college if it proved to be dismal while he try his hand on his craze during the vacation. During the initial month of his venture, he managed to make a sale of computers worth $1,80,000 and he had never returned to his campus. In 1984, Michel founded his first company named as “Dell PCs Ltd.” from Austin and soon became one of the aggressively growing enterprises in the country. During the further years the brand ‘Dell’ wrote a new story in the history, with its strong presence in US, further expanding to UK in 1987 thus increasing the sales from leap to leap and reached a $2 Billion sales in 1992. And, Dell spreads its wings across Asia pacific region during 1993.

While planning to expand his full-fledged PC marketing, Dell concluded that computers would soon become a commodity of every individual. And, with commodities, what matters most is price and delivery. Dell concluded that the best way to offer best price and prompt delivery was by cutting out the middleman, that’s by replacing the age-old system of wholesalers- retailers distribution. He found that he could buy components and get the PCs assembled with best quality and deliver directly to the consumers. He could sell each machine over the phone directly to customers, rather than selling them at the show-rooms. Rest is the history, this technique, which came out as “the direct selling model” revolutionized the industry and made Dell a market leader in the true sense. In 1996 the company started selling computers online. This entirely changed all prevailing business norms of the sales and distribution practices in the PC market. This electronics e-commerce company today sells a wide range of  personal computers, data storage devices, servers, network switches, electronic peripherals and more across the whole world. 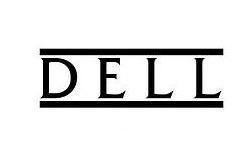 The first logo of Dell introduced in 1984 in the starting of his company and lasted for a short while. The original logo was just clean and clear to read easy. Though it lacks the creativity or re-call elements which enhance the remembrance of the logo, it was apparently became the symbol of one of the greatest firm we had witness in the world of computer technology.

In the start of the company 1984, the assignment to create a unique brand presentation was passed on to the most popular strategic branding agency of that time- ‘Siegel+Gale’ of New York. The slanted ‘E’ was symbolic presentation of the founder’s wish to “turn the world on its ear”. The stylized ‘E’ in the logo created one of the most memorable, recognizable and iconic logos in the technology industry. Towards the closure of the year 2010, the logo underwent minor changes. 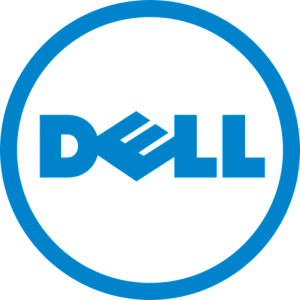 The task of refining the Dell logo design was given to a famous branding agency that specialized in creating corporate identity- Lippincott of New York. The creative agency, in association with the Dutch type-designer ‘Jos Buivenga’, came up with the new avatar of the old Dell logo. The blue ring which surrounded as a prominent feature of the logo, represents the global appearance of the brand. Of course, the power-packed-slogan “The power to do more” below the ring speaks the very purpose of the brand. The blue color used extensively in the logo symbolizes  the loyalty, reliability, elegance, brilliance and confidence carried along as an idealistic aura of the amazing brand.

Old design behind the new design

As the changes made in creating the new logo over the old logo are minor, let’s have a comparison. In the design besides, the pink shade is the old logo design and the blue cut-out placed over it shows the new logo. Keeping the iconic tilt of the alphabet ‘E’, the creators used a font ‘Museo’, for the new logo adding additional vertical height to the letter ‘E’ , and placing the alphabets closer and encasing them in a circle.

Beyond all, the performance brand ‘Dell’ is known the world over for its products. Best identified by its iconic logo, the brand is well-known all around the earth for it’s unique ‘power to do more’. Deal with it and find yourself playful with the choice of PCs and laptops the brand offers you.