Oracle: the pioneers of the software world!

If you are a software guy, database software is remembered by the brand ‘Oracle’, although it should be the other way round. Oracle is an American multinational company with headquarters in Red Wood, California. They are known for their computer hardware systems and software products. They have a wide range of database management systems as well.

How was it started up?

During the year 1976, Lawrence (Larry) Ellison, had been working for a company called ‘Precision Instruments’, later on changed as ‘Omex’. He was the vice president for research and development of the company. Ellison found that he was better at running a technology company than as a researcher at his present position. He teamed up with Edward Oates and Robert Miner to establish a new company. As an experiment, they bid for a software contract. Fortunately it worked! Thus, launched their new company called “Software Development Laboratories”(SDL) in 1977.

An inspiration lead to another! 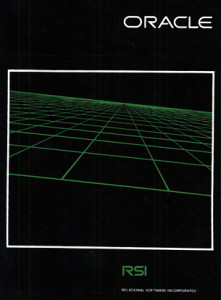 Getting inspiration from a Relation Database Management System  and learning about the IBM System R-Database from an IBM Research Journal, Larry toyed with the idea of organizing large amount of data to access information easily. His company ‘Software Development Laboratories’ (SDL), changed their name to ‘Relational Software Inc.’ (RSI) and worked for two years on the project to produce the world’s first commercially viable relational database management system. Relational Database is a database structured to recognize relations between stored items of information in a computer environment.

“ORACLE” is a code word! Really?

The founders found sponsors to their research project in the U.S. Central Intelligence Agency (CIA). They were hired to create and manage a RDBMS (Relational Database Management Systems) for the CIA. And, you know what? ORACLE was the code-word used for the CIA project on which the founders worked for. Meaning of the word ‘Oracle’ refers to a priest acting as a medium through whom advises were sought from the god. When they came out with the Oracle Version 2, CIA was among the first customers, along with other government agencies, who bought the software from Larry Ellison’s company.

The new versions in no time!

By the year, 1983, the company came up with Oracle Version 3. Ellison marketed his product aggressively and made customers see his vision that relational databases were the future in database management. This is the year the company renamed itself. The company realizes that the customers were confused by the company name and thus, switch to “Oracle System Corporation”. The name matches the popularity and uniqueness of its database system. After this version, many more versions followed and versatile technology advancements have taken place. But the brand presentation remained intact and consistent! 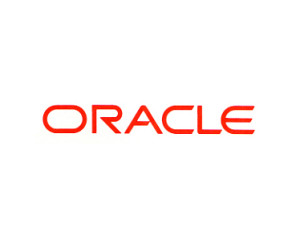 Who would want to change the legacy? Alike, the Oracle logo has not changed much since it had been conceptualized. Initially, the Oracle UK logo was blue in color. The logo uses simple typographic elements that make the design technically appealing with a modern streak. The logo is written in red over a white background.

The color has a reason!

The color red is used to signify the passion, energy, determination of its CEO Larry Ellison as well as the excitement in the market for the first relational database management system.

All through the branding history of Oracle, the company preferred red, grey and black colors for its logo. The white background is the most used. In case of single black-and-white options, especially in the case of newspaper advertising, they use the black-and-white (one-color) presentation. The brand identity is usually written in black or grey underneath the brand ‘Oracle’.

Oracle facts to stimulate your mind!

Oracle continues to grow as a global software giant, despite the fluctuations in the IT industry. The company values of giving the best products to its consumers consistently. This is depicted in its brand presentation, that has remained unchanged, since its inception.

Adding more to it’s brand story, Oracle is on the 15th Rank among the World’s Most Valuable Brands with a brand value of $ 25.8 billions as in November 2014; report by Forbes.

If you wish to see a new logo for Oracle, which hasn’t changed since the very beginning, well,  you should talk to the CEO!