Facebook: the story of a billion dollar faces and a billion likes! 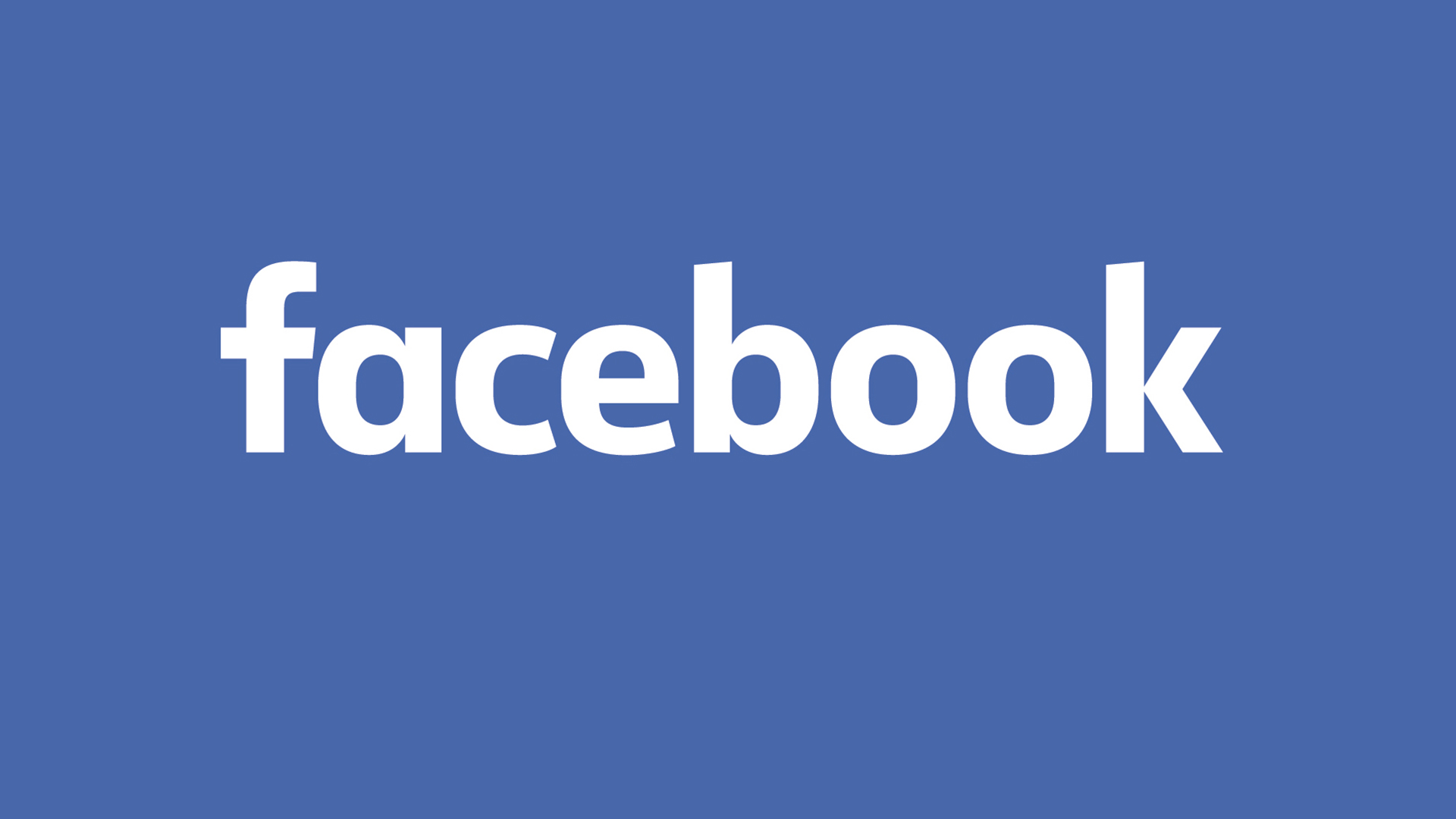 For many, its common that while working on desktop, the Facebook is open in one of the tabs. If you are just fiddling on mobile, you just might habitually flip to came in acquaintance with the news feed in your Facebook home page. Facebook has changed the way the world communicate with each other. You can now converse so close with anyone irrespective of the geographical distances or nearness of places.

What has inspired you to open a Facebook account? Few admired it for finding the old long lost friend, few for offering a business deal, that’s seven seas away and few for helping them change their relationship status! Applause to the million reasons to connect and thanks to the founders for the unique invention, the unique user experience invented! Facebook today is the largest social networking site in the world headquartered at Menlo Park, California, US. 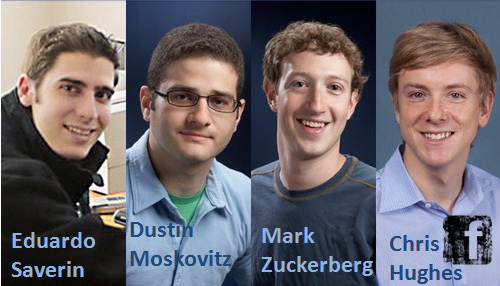 Facebook is the most popular and fastest social network platforms and is headquartered at California, Menlo Park.Founded during February 2004, by the students of Harvard University, Mark Zuckerberg, Eduardo Saverin , Dustin Moskovitz and Chris Hughes.  With fellow roommates and Harvard students, Mark has created Facebook from the dormitory of the Harvard campus.

As a child, Mark Elliot Zuckerberg showed keen interest in computing and his father taught him the basics of computer programming. Mark used to enjoy creating own computer programs while his school friends were playing around with the computer games. At the age of 12, he created a messaging program which he named as ‘Zucknet’.

After graduating Phillips Exeter Acadamy, Zuckerberg got into Harvard University in 2002 for studying computer science and psychology. Mark’s innate skills for computer programming  really got developed once he became a student at Harvard. With his exceptional interest in computing, he developed a reputation as ”programming  prodigy” among his peers.

At the start of his curriculum at Harvard, he had created a program called Course Match, a program specifically designed to help students form their own study groups and choose classes based on their selected subjects. This program was well received by the campus as it made the scheduling of study programs easier for the students.

It was during 2003, one summer evening, Mark Zuckerberg got an idea to create a website named FaceMash.com. He instantly wrote a program and uploaded the site at the university server for the students to visit. It was for the students of Harvard to select the ’Hotter One’ between the 2 students whose photos were pitched against each other on the website. The site caught up the attention of most of the students in Harvard. It was a weekend that the site went up on air, the students went crazy voting  for their choices of ‘hotter ones’. By Monday morning, the university administrative board shut the site down because its bandwidth exceeded so much that it chocked the network in the campus, depriving students from accessing the Internet. Also, many students complained that their photos were being posted on the site by hacking the database of Harvard, where students used to upload their profile with pictures. Zuckerberg apologized to the students publicly and that was the end of Facemash.com, but it sowed the seed for the Facebook to come out in near future. 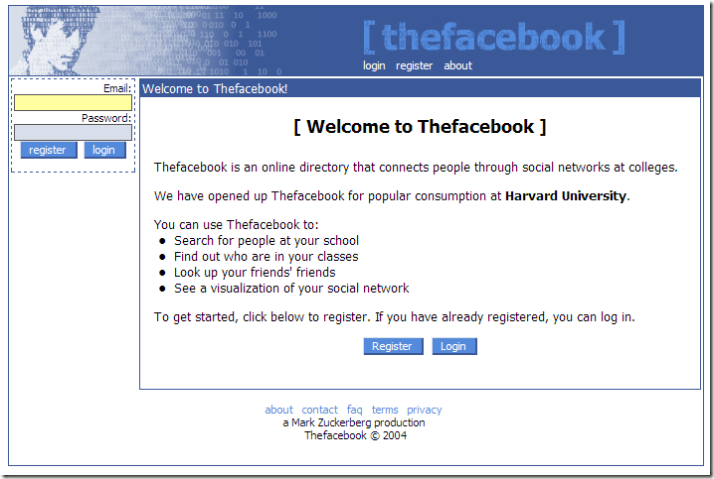 Zuckerberg had a big plan. On 4th February 2004, he launched the first version of the social website, ‘thefacebook’ for the students and staff members of Harvard. The site created a flood of new profile additions resulting to more than 1000 students from Harvard on the first day. More than half of the Harvard’s population had registered within a month of launch. Within few months, the site went live in other universities viz. Stanford, Yale, Columbia and then many more. The reach of Facebook was further spread to all universities across US within a span of one year. 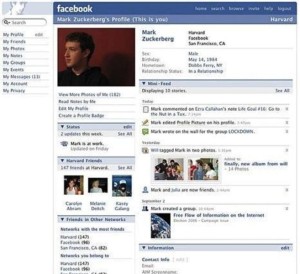 Learning the user tendencies on internet, Zuckerberg wanted to change the website’s domain name from ’thefacebook.com’ to just ‘facebook.com’, but the domain was already registered by some other applicant. Estimating the value of such domain name, he went ahead and purchased the domain ‘facebook.com’ for a whopping sum of  $200,000 and the site name was immediately changed to facebook.com in August 2005.

Following the huge wide reach of Facebook across all schools and universities in US, the social website began spreading its reach into European universities in 2005 and then to the rest of the educational institutions.

The artistic style of presentation adopted by the brand in 2005 still continue after a decade of wide-spreading it’s prominence on internet.

During September 2006, Facebook network was extended beyond educational institutions to anyone with an email address, which made the true social media revolution that reached today to a peak of 1441 million Facebook users, during the 1st quarter of 2015. 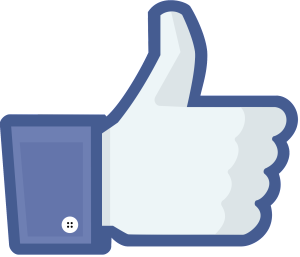 The Facebook has become a big brand with millions of users, appealing features, versatile applications and a greatest means to socialize self. Facebook has revolutionized the person-to-person socializing culture! Year on year, the interface started enhancing better. The thumbs-up ‘Like’ button came up with a blast during February 2009. Wherever a user want to add a comment on a friends content on Facebook, there is also an option to click ‘Like’ to tell your friends exactly that I like this. However, be the posts, pictures, comments or the text, people used the Like button, because they just loved to like it!

Writing on the wall

The Facebook introduced a feature called ‘Wall’ in 2004 soon after the launch of the site. It was a facility within the profile of a user, wherein user’s friends could write or edit the comments written on the Wall. It was aimed to bring newness on the Wall with the comments being edited by the friends with the history of such revision. But as the result of the user tendency of not to erase the earlier posting on the wall, and the majority started just adding new comments, which made many of the walls too long causing inconvenience to read. While doing the redesign of the website during 2005, the Wall also got a new look, feel and features. The wall got enhanced again in the years 2006 and 2008, making it more user-friendly in many means. During 2008 summer, Facebook came up with a cleaner menu and a separate news feed, profile data and activity log. 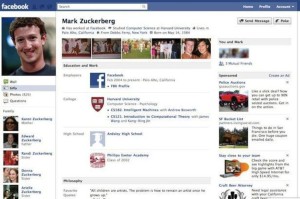 During 2010, another makeover with a feature to have array of photographs that appeared on top of the page. The next few years has brought timeline photos, timeline feeds, photo gallery, comments and so much more. In 2013, the hash tags, verified accounts and more features have got added to spice-up the user-experiences.

The total online users of Facebook today are more than 1 billion. By acquiring the Mobile instant messaging company ‘WhatsApp’ on 19th February 2014 with an estimated value of $19 billions, Facebook is shaking hands with an 800 million mobile community (monthly active users as in April, 2015) in it’s social fold. Unquestionably, ‘Facebook’, is the world’s largest social network today with the biggest human chain on earth.