Levi’s: meet the inventor of your blue jeans 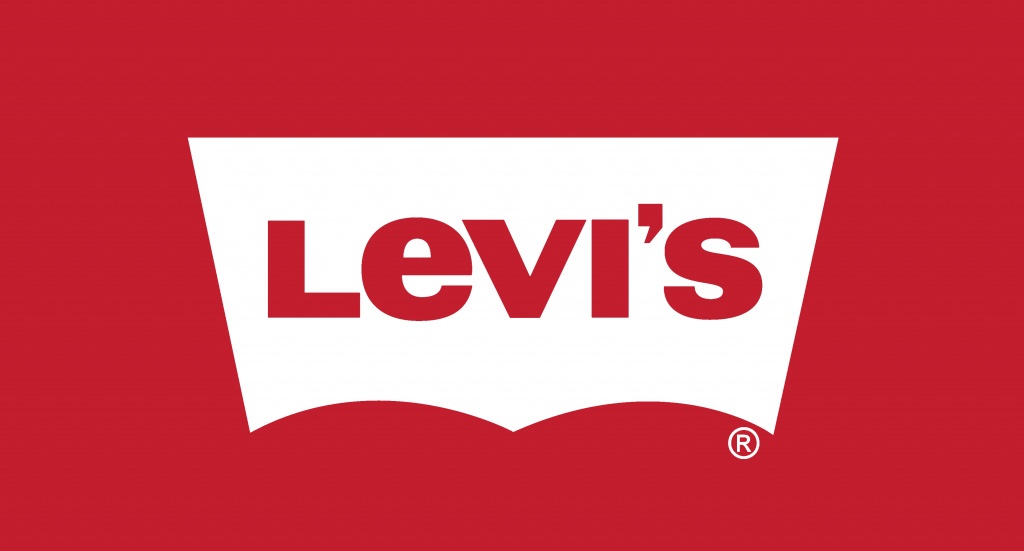 “Many years ago, I had got a Levi’s blue shaded jeans. Now, I grew a strand of white hair and still that jeans fits me healthy”; many of you might say this at some point of life. The brand “Levi’s” has grown beyond 100 years and is still offering young, fashionable and versatile range of jeans, since it was born. Here, we unfold a compelling and vivid tale of Levi’s.

The Levi’s story unveiled from the ‘gold rush’

The ever first ‘gold rush’ unleashed during 1848. ‘Gold rush’ is a rapid movement of people to a newly discovered goldfield and the first major gold rush was to California in 1848. The incredible source of gold was discovered near Sacramento, San Francisco in Northern California. People across the world had traveled to Northern California to find their gold fortune. The population of San Francisco multiplied from just a few hundreds to 70,000 in just couple of years. The city has become a commercial heart of  the world. The hero of this story, Levi Strauss, a Bavarian-born, was also a man who moved to the town of gold. But he had something else in mind. He had decided to make money on cloths, sewing materials, dry goods and ready made garments.

It was in 1872, Jacob Davis, a tailor from Reno, met Levi Strauss. Those days, Levi Strauss used to sell clothes, boots, etc. in a small retail store in San Francisco. Jacob Davis explained about a way to make stronger work pants for workers. He stated that he can fix metal rivets on the stress- points of the pants to make it stronger and such pants will withstand the hard pushes and pulls during a laborious physical work. Strauss and Davis team up to create a new work-wear that was known for its strength. 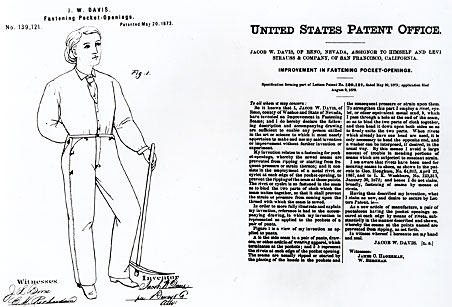 In 1873, Strauss and Davis invented the blue jeans. The process of securing the clothing at ‘points of strain’ with rivets in the world’s first jeans was patented by Levi Strauss & Co. and Jacob Davis. The patent for “Improvement in Fastening Pocket-Openings”-the innovation that could produce blue jeans, was granted to both on 20th of May 1873. On those days these pair of pants were called as “overalls”.

It wasn’t for you, but for the cowboys and gold miners 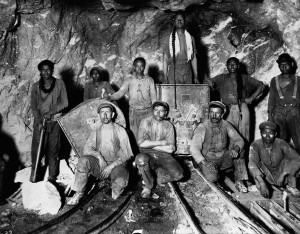 These jeans created a craze among the miners and other workers who did a hard day’s work of the time. The gold miners had became the prospective consumers for Levi Strauss & Co.. During the California gold rush, it sold huge number of overalls(jeans) to gold miners. The tough denim was not a fashion statement then, but a necessity for the hard working ranchers and cowboys. 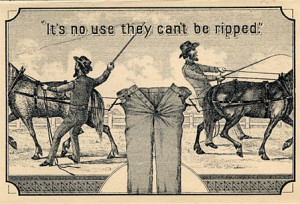 Every company do come up with brand and a logo. As all brilliant business do, Levi Strauss & Co. also knew that they had to come up with an art-work for their brand that explain their concept of strong blue jeans. The result was the logo with two hard-working American workers with their horses, trying to rip apart a blue jeans, and was introduced in 1886. The tagline even said, “It’s no use they can’t be ripped”. The company knew that most of their targeting consumers did not speak English as their first language. Secondly, most of these men in the remote West were not literate. So, they could ask the shop-keeper for their blue jeans by saying “those pants with two horses” 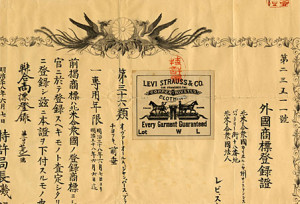 In 1908, Levi’s got registered its trademark of Two Horses in Japan on the route to reach out the global audience. Soon, they start selling their blue jeans to Australia as well as South Africa.

It was in 1928, Levi Strauss & Co. officially taken up the name “Levi’s” as its trademark. Until now, it was known to the world as “Two Horse Brand”. This was done as the word ‘Levi’s’ was turning into the generic term for jeans. Thus, it was registered as a trademark to protect and keep it’s exclusive rights for the Levis Strauss & Co. 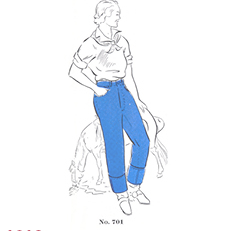 Levi’s introduced the first jeans for women who would love to wear them on ranches. It was called as “Lady Levi’s” and had most of the features of men’s 501® series jeans. It was made from the pre-shrunk denim and had a high, nipped waist. 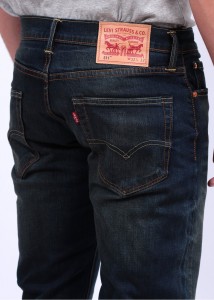 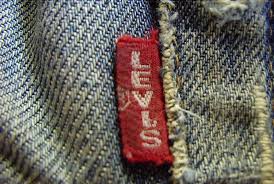 Haven’t you noticed the Red Tab on the right back pocket of your jeans? It was introduced in 1936 by Levi’s on the back pocket of the overalls. This tab was put to help the consumers differentiate the original Levi’s overalls from the competitors jeans. 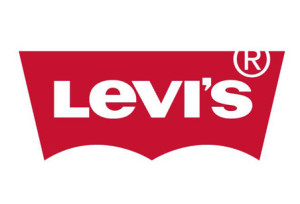 The branding consultancy, Walter Landor & Associates were given the task of creating a new house-mark for the company. They came up with the brilliant ‘ Batwing’ house-mark in red. This has become the shortened logo for Levi Strauss & Co. over the years.

Till Date, the Horses remain 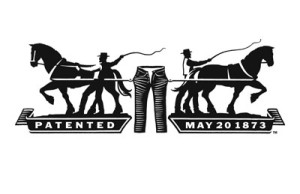 As a part of the promotions and transition strategy for the company in U.S and Europe, the designing agency, Turner Duckworth has made a few changes in the original Two Horse logo of Levi’s. You will find the men appear more modern with longer thinner whips. The background fences have been removed and the horses appear more in shape. 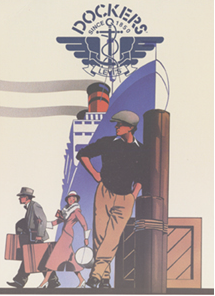 It was a time, when men were looking forward for a wardrobe that helped them balance life between the business suits and the 501 jeans. Dockers ®, a new brand was introduced by Levi’s, for men who wanted the balance between professional and family life.

All of them asked for ‘the pants with two horses, do you have them?’ 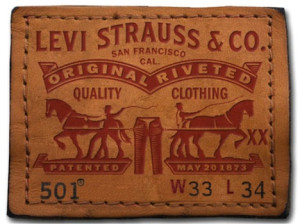 The story of Levi’s leads to many roads as we have discussed here. But the destination is an amazing brand that we all know today. Till date, the Two Horses are used as the logo of the company. They stand for the strength the jeans inherit.

I am sure the leather patch shown here is familiar to you. Young and old, everyone must have owned this patch at least once in their life.

The blue jeans was not just a fashion changing invention, it also created a worldwide history.

Won’t you remember the inventor of Jeans, next time when you deck out your blues?