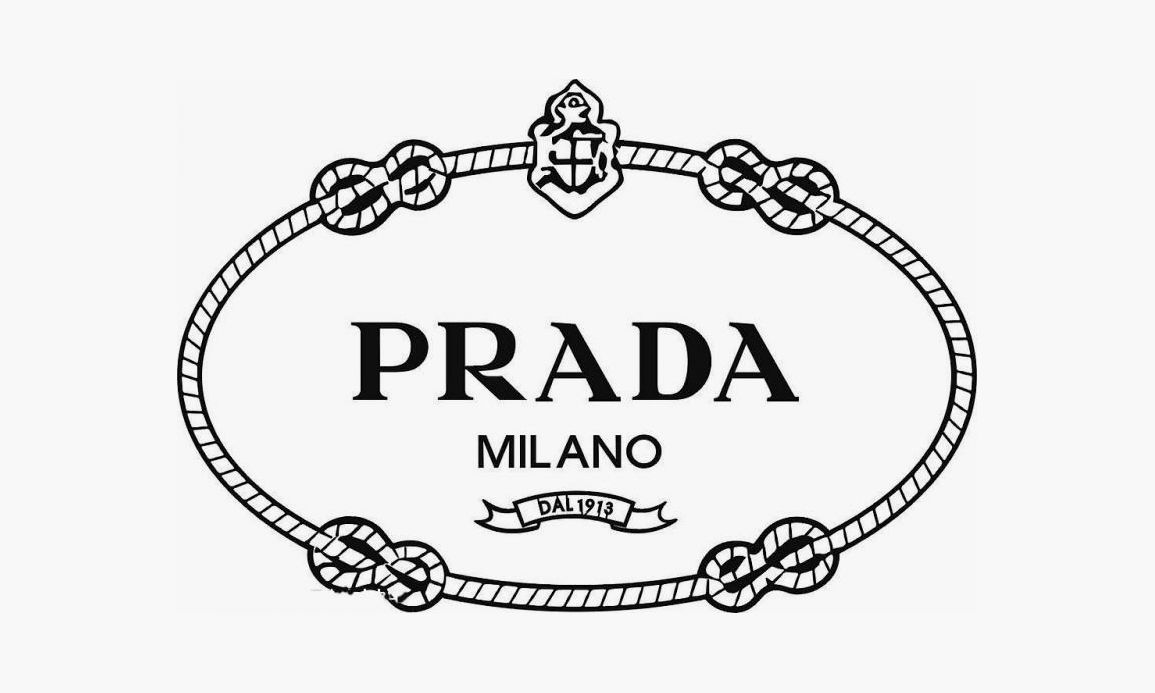 For the lifestyle of today, maintaining an image is important. The way you carry yourself speak a lot about your persona. And, to maintain an admissible image, it is important to remain in trend, that is, right fashion of the lifestyle one is living in. When it comes to a finest image, there is no better brand than Prada to wear. This is one fashion house that sets fashion trends all over the global stage of fashion. 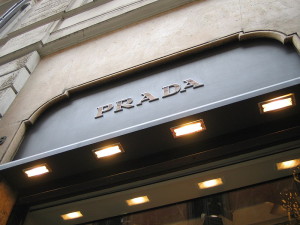 What is ‘Prada’ all about?

Who created this creative fashion house that rules the designer fashion world?

What makes ‘Prada’ a unique brand?

Is there any hidden meaning or history behind the ‘Prada’ logo?

Let’s find out! There is quite an interesting story in relation to Prada and how the promoters turned over for this most recognizable names in the fashion world. 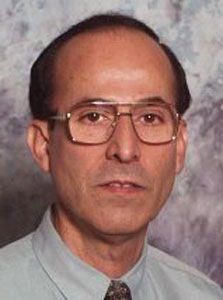 Prada is an Italian brand that had began as an exclusive leather-goods shop. The shop was known for its stylish luggage, accessories and fine luxury goods.

The company was started in 1913 in Milan city of Italy by Mario Prada and along with his brother Martino as a leather goods shop titled as  ‘Fratelli Prada’.  Initially, the shop used to sell leather goods and imported English steamer trunks and handbags. Following the footsteps of the founder, his daughter Luisa Prada who took the helm of Prada and lead the brand for leather goods around 20 years. 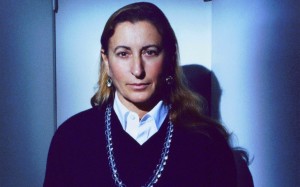 In 1978, Miuccia Prada, being the daughter of Luisa Prada and the granddaughter of Mario Prada, took over the operations of Prada. This ambitious lady made the brand ‘Prada’ more fashionable with her creative experiments. Miuccia set the brand Prada with its quest for excellence and craftsmanship through it’s designer products.

Miuccia expanded the brand from a mere leather good’s brand to fashionable couture- made-to-measure clothes- to it’s elegant clientele. Moving ahead in the highway of fashion, during 1989, Miuccia Prada introduced the first ready-to-wear winter collection designed by herself. That was a big opening for Prada into a big huge market place of ready made designer wear. No looking back, and today, Prada is world’s renowned designer apparel chain.

Milestones through a century 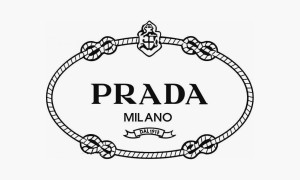 Looking back into history, the story of Prada was started in 1913, when two Italian brothers Mario Prada and Martino Prada opened up a leather goods shop majoring in exclusive leather bags, trunks, beauty cases and luxury accessories. The shop was based in Milan, Italy and was named as ‘Fratelli Prada’. The signature Prada bags made of walrus skin as well as Italian leather goods, handbags and travel trunks were sold in this shop. However, with the change in times, there walrus skin bags became unsuitable for travel. The brothers soon began to design exquisite leather accessories and waterproof handbags due to the change in demand. The heavy, bulky luggage lost appeal due to increase in air travel. Thus, they began to design bags from tortoise shells, crystals and wood that were lightweight and easy to carry.

In 1919, Prada received the warrant of ”Official Supplier of the Italian Royal Household”. Thus, they were able to sport the royal Savoy, coat of arms and figure-of-eight knots alongside their brand logo. {The House of Savoy (in Italian: Casa Savoia) is one of the oldest royal families in the world from the Savoy region of Italy.} We can cite the royal recognizance with the symbol of the royal at the head and a chain with 8 knots that create the boarder in the brand label above.

Prada made a mile-stone in the world of fashion through its introduction of specialty nylon fabric with a delicate touch in fashion clothing. Such light-weighted nylon was later used in the Prada backpack in 1984.

1978 and ahead; the changed history

From 1978, since lady Miuccia Prada took up the lead role of the Prada, the brand celebrated a revolution of development strategies. From launching of it’s first collection of women’s shoes in 1979, introducing an all-time-success light-weighted nylon backpack in 1984, expanding the brand stores in the cities of New York, Madrid, Paris, London and Tokyo in 1986, introducing the ready-to-wear women collection in 1989, introducing a subsidiary fashion brand after her nickname, ‘Miu Miu’ in 1992, launch of the luxury designer eye-wear in 1999, fragrances for women in 2003 and Prada signature mobile phones with technical collaboration with LG in 2007, launching of the Chinese specialty designer apparels in 2011 and designing exclusively for the Hollywood movie “The Great Gatsby” in 2013, the brand Prada had an eventful cross-over into the 21st century.

The tall business acumen of fashion business, Miuccia Prada herself shares her straight philosophy behind her business:

“For Prada, fashion, luxury and style have always been core aspects of a project that goes beyond production of clothes, footwear and handbags. Careful observation and interest in the world, society, and culture are at the core of Prada’s creativity and modernity. This has pushed Prada beyond the physical limitations of boutiques and showrooms, leading us to interact with diverse, seemingly distant worlds, and introducing, very naturally, a new way of creating fashion”.

The Prada logo has not been projecting complex design element like many other fashion brands. Their logo is simple and was created on the lines of being sharp and clear. Thus, giving the user a unique identity, rather than keeping the focus on the brand itself.

While you look at the design, the sudden, sharp lines give the logo an uptight feel. The logo is mostly displayed in black on a white, an unwritten a statement that the brand is self-confident and nothing can take away its importance. The black color symbolizes elegance, strength and integrity. The logo is often referred to as a ‘hybrid’ as each alphabet is presented as unique and persistent, like the brand identity of Prada. The font used for Prada logo is Engravers Roman Bold BT. Eventually the logo is simple, clean and chic, just like the brand itself.

The logo, however, simple, it’s a business icon that spells professional craftsmanship. Cool and cutting- edge, that’s what Prada logo is all about. The brand of Prada has evolved in the ages. It is a synonym of global success in fashion. 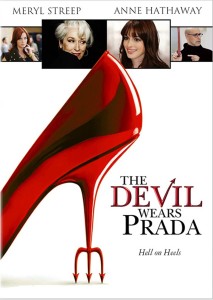 Prada positioned itself extremely trendy even to influence the title of a popular book and movie ‘The Devil Wears Prada’.  There was no devil in the movie as such that wore Prada. However, the title was a sarcastic reference to the lead-lady ‘Andy’ played by Meryl Streep, who rules her fashion magazine with an iron glove that was dipped in style.

Prada is a popular brand among those for whom luxury is a form of hobby. Prada is a global powerhouse that will rule the luxury goods market for long.