The secret arrow that flies the FedEx forward 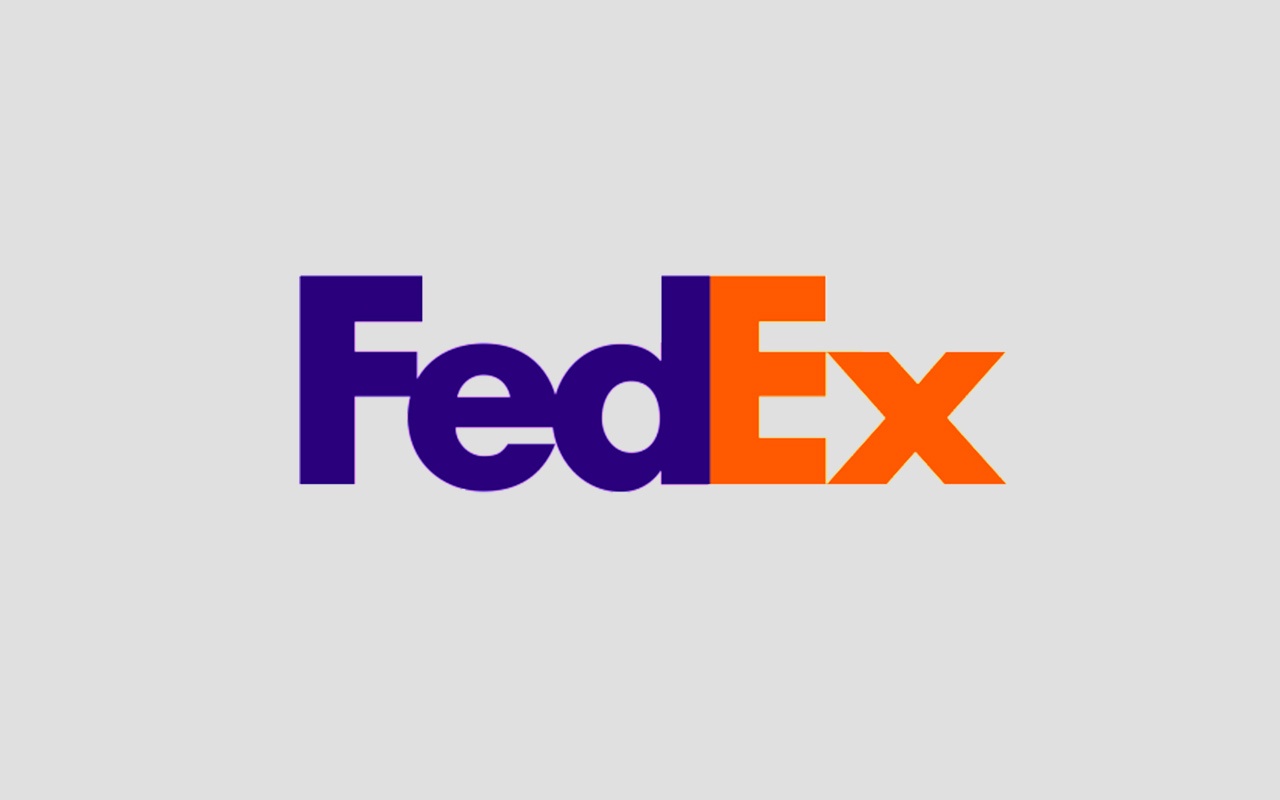 Last day I was waiting for my courier through FedEx. Once I received it, I was more awed by the prominent logo on the package than the contents inside the parcel. I wondered why the heck I didn’t notice this till now! It isn’t just the vibrant color or the bold letters that held my sight. It’s that white arrow between the letters ‘E’ and ‘x’! The unique arrow flying forward!

The ground and air industry has become efficient with the foundation of Federal Express in 1971. It has changed the way courier services work.  Later it has become FedEx Corporation in 1994. The man behind it is Frederick W. Smith, the CEO and founder.Frederick tossed his personal fortune of $4 million  and then raised an additional amount of $90 million with a dream of constructing a delivery company that can deliver packages potentially, efficient and at low cost to any part of the world overnight!

The overnight game change to fortunes!

The company started overnight operations on 17th April 1973, with 14 Dassault Falcon aircraft and connected 25 major cities in the United States to offer express delivery service. After three years of commencing business, Federal Express was on the edge of bankruptcy. It is due to the highly raising fuel costs of it’s aircraft. It lost around $1 million in a month. No more investors or loans supported the firm for capital. At the time, the firm had only $5000 on its hand. This money wasn’t enough for flying the plains. Frederick created a final pitch to General Dynamics for funding but got rejected. Everything left FedEx dead with no money to fly the plains on the following Monday. It’s during this time, Frederick played with his fortune!  Instead of taking a flight back home, Frederick had something else on his mind! He took the amount of $5000 and played Black Jack (a casino banking game)  in Las Vegas that weekend and he won $27,000. Next Monday was a shock to many! FedEx had $32,000 in its bank account. This money was just enough to run the planes for few more days. When Frederick was questioned on ‘taking a chance like that with the company’s money’, he said “What difference does it make? Without having enough funds to fuel the flights, we couldn’t have flown anyway.” All he needed was few more days! From thereon, the tables turned! Frederick has successfully managed to raise around $70 million from the USA’s leading risk venture companies which was enough to keep the firm afloat. In 1976, Federal Express made its first profit of $3.6 million. Since then, the gross revenue graph has been always on high.

It is always interesting and exciting to check out the new logo yet to be launched. People in the company did have this excitement during 1974 when the Federal Express logo was changed to FedEx. It is obvious to expect the new brand-name and the logo invented by a renounced advertisement agency. But the fact is that the name “FedEx” was not come up through some big time ad agency. It is from the local people and the service people who used the coined-word “Fedex” for Federal Express who invented this unique brand name. Though the registered name of the company back in 1971 was Federal Express, they used the short name as Fedex. Richard Runyon had designed the first logo og Federal Express during 1973.  Later, in 1994, Lindon Leader designed the FedEx logo while working as a design director in a brand consultancy, Landor Associates in San Francisco.

The Purple-Promise behind the FedEx logo:

While demonstrating the new logo in 1994 before launch, Frederick was the only one in the room of twelve who spotted the arrow, right away! During the process of transforming the logo from the old to new, there was a pretty good thought given to the colors that need to be used. There is actually an interesting fact behind the colors used in the new logo. Fred mentioned to Lindon that you could come up with any colors, but give me a clear explanation why to use them from the rest.  The idea was to get spotted in the crowd.  Frederick mentioned, though I am standing in some street corner, I should be able to see the FedEx truck. The purple-orange-coined-logo gives a simple logic of extreme visibility to stand distinctive at every space it occupies. The FedEx Corporation proclaims about it’s vibrant logo; ” The purple promise logo is a prominent graphic expression of the FedEx culture and our promise to deliver excellent customer service. It can be used across a variety of mediums to portray our pride and conviction in serving our customers.”

The unique and adorable taglines of FedEx:

As time passed by, the tag-line that reflects the firm’s statement did change too. Each line had a blend of uniqueness and clarity on what they do! 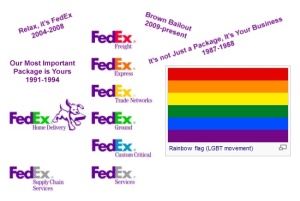 With time, different operating units of FedEx had burgeoned.

Leaving the main term ‘Fed’ in Purple, the each unit has it’s unique logo with variant color combination;

Why the hidden arrow?

Each operating unit of Fed Ex is given a unique color combination but the Purple of the “Fed” remained the same.  When questioned the creator of FedEx logo, Lindon Leader  mentioned; As I hide the right arrow inside the letters, the crowd would love it. Won’t it be great if your pal questions you, did you find an arrow rather than just seeing it and ignoring it like yet another goods delivery services?  The arrow symbolizes, forward movement and fastest thinking. The logo is of course legendary.

Now, tell me how long have you taken to identify the forward-moving arrow in FedEx?

This famous coined-word-brand “FedEx” is a vital example of inspiration and ubiquity. The logo is recognized all around the world and has won 40 distinctive awards for its creative design.